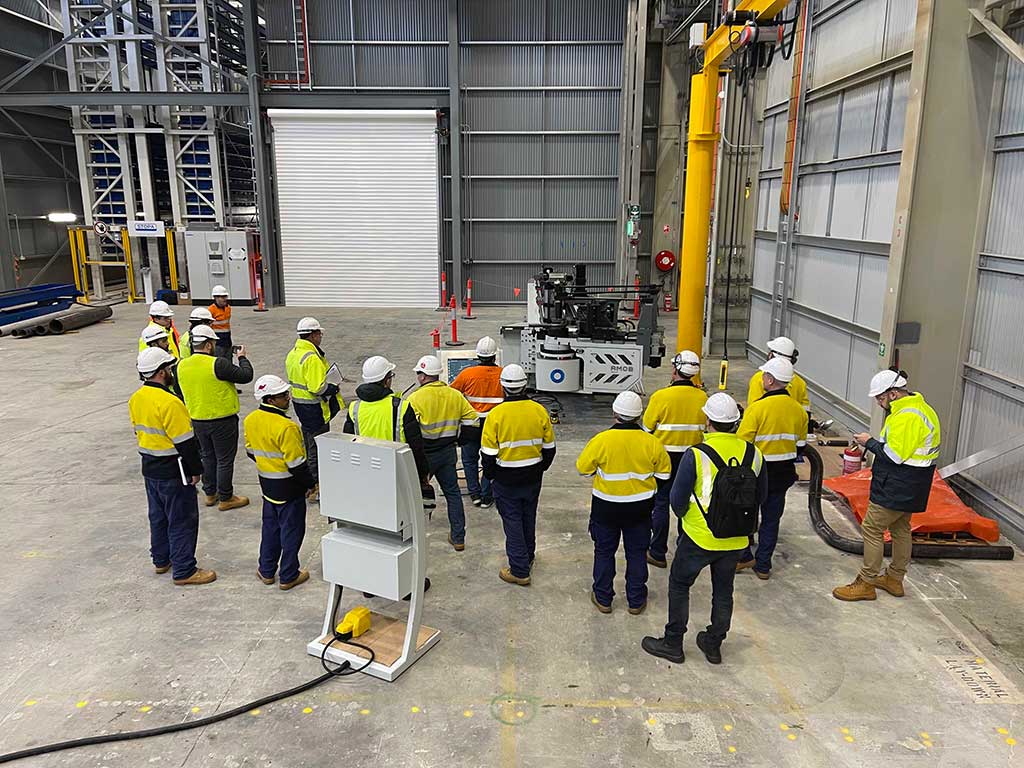 BAE Systems were selected as the preferred tenderer and won the Sea 5000 programme with its high-tech ‘Type 26’ frigate proposal in 2018, and production has recently begun in Adelaide.

“BAE Systems’ selection as preferred tenderer for SEA 5000 reinforces our position as a leading designer and builder of complex maritime platforms,” said BAE Systems chief executive, Charles Woodburn. The proposal by the British multinational arms company was thought to be the most advanced of the three proposals put forward and beat Spanish and Italian competitors for the contract.

Purchased by the Australian Naval Infrastructure (ANI), the two large fully electric tube bending machines (and one roll bending machine) recently made their way across the ocean to their new home. Departing from AMOB’s headquarters and manufacturing facility in Portugal, the machines travelled over 10,000 miles to Southern Australia, to be used by BAE Systems in the construction of the war ships.

‘Nine of the world’s most advanced anti-submarine warfare frigates will be constructed in Australia, and the prototyping phase marks the beginning of a decades-long program that will be the cornerstone of continuous naval shipbuilding in Australia,’ commented Ms. Lutz, Defence’s Capability Acquisition and Sustainment Group’s First Assistant Secretary.‘The Osborne shipyard is a world-leading shipyard, which will enable Australian industry do its job constructing this advanced fleet of frigates for the nation. Raising the capability of Australia’s shipbuilding industry is central to the National Naval Shipbuilding Enterprise’.

Ms. Lutz said the prototyping phase of the Hunter-class frigate program would end in 2023.

The fully electric eMOB-100 and eMOB-225 will see BAE Systems able to bend complex ship parts in tube as wide as 219mm, and with wall thicknesses of up to 12mm. The adoption of very large industrial tube benders to the process will replace older techniques of welding bent parts to straight parts – an extremely time-expensive operation. With the investment of these machines higher quality components can be manufactured in a fraction of the time, with superior accuracy and consistency.

Despite being immense machines, AMOB UK’s contribution to the project is only a tiny component of a momentous project. This project will see dozens of the best companies in the world collaborate, and see thousands more jobs created. ‘As always, we are very proud to supply these machines, and of the hard work of everyone at AMOB’ said Tom Wood, Managing Director of AMOB UK, ‘we are excited to continue to work strongly with ANI, BAE, and all other parties involved in making the project a success.’

The Hunter Class Frigates will provide the Australian Defence Force with the highest levels of force and deterrence required during periods of global uncertainty, according to a media release from the Australian Prime Ministers office. They will have the capability to conduct a variety of missions independently, or as part of a task group. The frigates will also have the flexibility to support non-warfare roles, such as humanitarian assistance and disaster relief worldwide.

The Hunter Class Frigates will begin entering service in the late 2020s. This will replace the eight Anzac Class frigates, which have been in service since 1996. 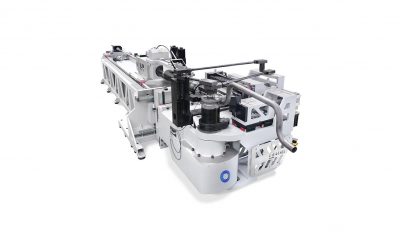 Our full electric cnc tube bending machines can bend fixed and variable radii within the same cycle and allow bending with no straight between them. 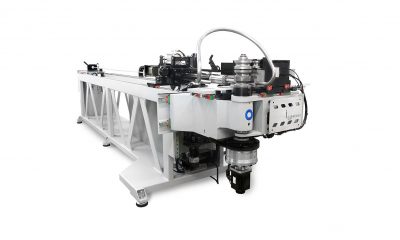 Machines are divided in two different concepts, eMOB 2Bend series that changes bending direction by means of a rotative head and eMOB LR Series that positions automatically and in cycle in a right and left bending configuration. 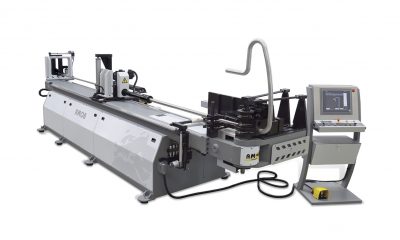 This innovative range of bending machines was born out of a growing concern with rising energy prices and production costs, and also a need to reduce energy consumption intelligently.

Processing tube from 6mm up to 90mm OD, these tube benders are especially relevant for medium to large jobs.

This website uses cookies to improve your experience. We'll assume you're ok with this, but you can opt-out if you wish.